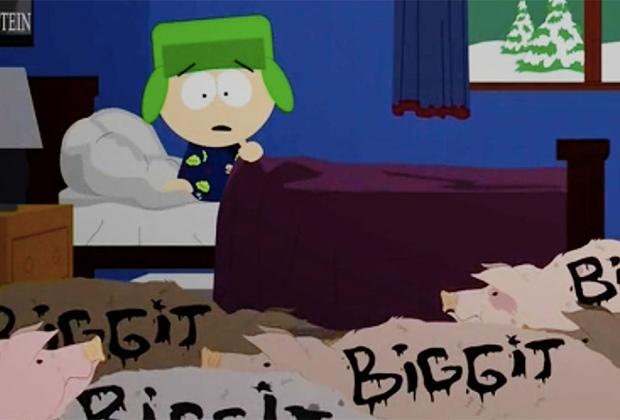 After the disappointment that was Season 18, South Park returns to its roots and takes on PC culture in one of the most self-aware episodes yet. 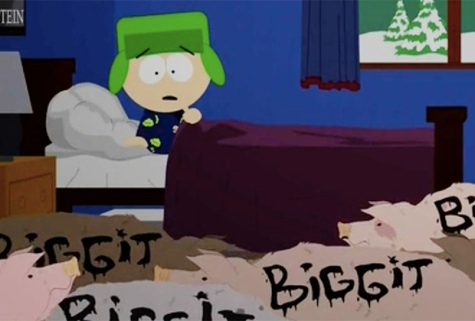 Here is the basic gist of the episode: When Principal Victoria is fired from South Park Elementary (for making a joke about date rape and Bill Cosby), P.C. Principal is hired to take her place. He is a douchebag fraternity bro who pretty much bullies everyone — children and adults — into being politically correct. Nobody is happy about it, but Cartman, the eternal bigot, is the most terrified. He changes his attitude immediately, much to the chagrin, surprisingly, of his friends. Kyle becomes P.C. Principal’s main target, since Kyle was heard saying that he doesn’t consider Caitlin Jenner a hero. Kyle, Stan, Kenny and Butters beg Cartman to go back to his old ways and take on P.C. Principal, goading him by saying he should act more like his hero, Tom Brady. Cartman gives in, and attempts to frame the principal for child molestation. The principal becomes enraged when Cartman uses the term “spokesman” instead of “spokesperson,” and beats Cartman within an inch of his life, sending him to the hospital. Cartman once again vows never to return to his old ways, but is forced to break that vow in order to save Kyle, who is suffering worse and worse at the hands of the P.C. fraternity. Cartman tries to fight the fraternity off by sending in racial stereotypes, but all this does is cause more chaos. Kyle calls a halt to the madness, and tells everyone he agrees that Caitlin Jenner is “stunning and brave,” as everyone has been saying. This sates everyone around him, and the episode ends with the P.C. fraternity starting their own P.C. police force to oversee the city. Cartman has allegedly taught the P.C. bros that sometimes stereotypes and offensive humor can be used to discuss important issues, but Kyle is still dissatisfied, and points out that it seems that the only one who really won is Cartman. “And who does that remind you of, Kyle?” Cartman asks, referencing the boys’ earlier plea that he act more like Tom Brady. 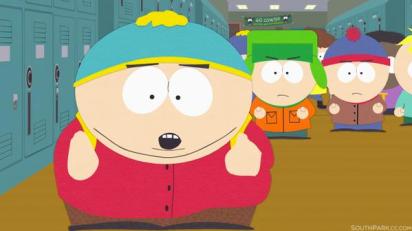 “Right, and what does Tom Brady do after breaking the rules?!” -Stan

Politcal Correctness (shortened as “P.C.”) has been an largely discussed subject lately, particularly by comedians, such as Jerry Seinfeld and Sarah Silverman. It’s only natural that it should be covered by South Park, the show infamous for breaking P.C. code in order to discuss important social issues. In essence, in this episode, Kyle is representative of South Park the show, who has issues with the politically correct state of the world. It’s important to note: Kyle is not a racist, a homophobe, a sexist, or any such thing. He’s actually a very sympathetic character. This drives home the point that Parker and Stone are NOT talking about actual bigots, but average and honest people who have the right to speak their mind, which doesn’t really harm anyone.

“I didn’t like Bruce Jenner when he was and athlete and on the Kardashians, and I don’t suddenly like him now.”

At the end of the episode, it is Cartman using offensive imagery to battle the ultra-P.C. frat boys, but all this does is make things worse. This is to show that two wrongs don’t make a right, and you can’t win by being a bigot, or by playing word police. Kyle is the one who has to make a sacrifice in order to calm things down. He knows he has to choose his battles in this situation, and has decided that this one isn’t worth fighting. He doesn’t want either side to win, so he ends the fight the only way he can think of. 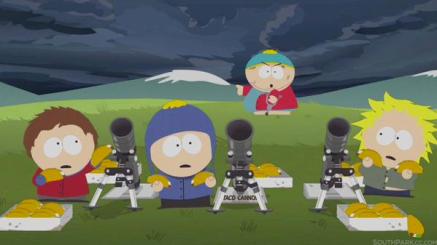 South Park acknowledges that there is a difference between being a dick and just speaking your mind. Not everyone has to agree on every issue, and disagreement isn’t fair grounds for social conflict. Kyle is stuck in an all-too-real situation where the rest of the world has come to a certain consensus, and if you do not conform to it, you are ostracized. Let’s be very clear on one point: Free speech should be untouchable. At no point should anyone be able to force you to say anything against your will. In the end, for better or worse, it IS Kyle’s choice to do what he does. No one forces him to change his statements, although they tried vehemently throughout the episode: He makes the choice because he believed, in this case, it was the right thing to do.

The dark side of anyone being able to say anything they want is that you will hear from a great number of racists, sexists and homophobes, and their opinions will be treated as valid. This is a different case than Kyle’s: Certain people are out just to be malicious and spread hate and fear. This problem won’t be solved with word policing; it can only be solved with edification. These people must be taught that such beliefs are absurd, and the best way to do that, is through the kind of satire that South Park delivers. 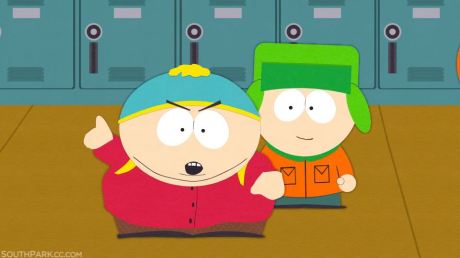 On the question of where this is going: It does seem that South Park is trying out another continuing story-line that will last all through season 19, much as they did in season 18. However, now they may have had the time to work out the kinks, and figure out where exactly they want to go with this story. The final exchange in this episode between Kyle and Cartman, I feel is a hint: If I had to guess, Cartman has a plan. He’s not done breaking the rules. Something is going on beneath his calm, kind exterior. It looks like this arc will continue, which means that there is plenty more time for the children to take on P.C. culture, and eventually win a victory for freedom of speech and expression.

This season, I’m going to try to review every South Park episode, each week. What were your thoughts on this week’s episode? Do you agree or disagree with my assessment? Comment below. Until next time, lie, cheat, steal, and hug your cats!